The K2 Workflow has a couple of nifty features built in to the K2 Workflow Designer. Today we’ll have a look at shortcuts to performing some of the features, using the drawing ability. 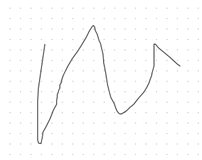 There are a couple of patterns that the K2 Workflow Designer is able to recognize when drawn onto the surface. One of these patterns, used to create a new default activity, is drawn in the shape of an “S”.

Hold down the right mouse button, and move the mouse in an “S” shape. Once you have completed the “S”. Let go of the mouse button. You’ll notice that a new Default Activity has been placed onto the K2 Workflow Designer surface. 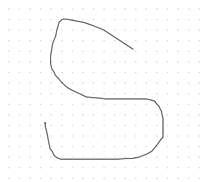 The next pattern is a very straight forward pattern to join two objects on the K2 Workflow Designer surface.

With two objects available, hold down the right mouse button and draw a line between the two objects.

Figure 4 – Drawing a line between objects

Now let go of the right mouse button to reveal a new connection between the two objects.

Figure 5 – A new line is formed between two objects

Using these patterns can save a lot of time once it becomes second nature to use them, and they’re quite fun to use as well.

How to automate Your HR Department Processes

HR is a crictical function of any organisation, by taking charge of employee recruitment, onboarding, training, management, disputes and strategic business priorities, HR plays an essential role, to ensure resources or staff teams are…

Let your people focus on what they do best. RPA can handle the rest.

With the tech that’s available today, it no longer makes sense for extraordinary people to spend time on ordinary tasks that could easily be automated. Yet, a recent UiPath survey found that office workers…

The Future Of Intelligent Automation with Blue Prism’s Brad Hairston

Today the Automation Guys talk the future of intelligent automation with Brad Hairston, Advisory Alliance Director for Blue Prism – back in 2018 Brad’s desire to be part of something disruptive brought him to…

This website uses cookies to improve your experience while you navigate through the website. Out of these, the cookies that are categorized as necessary are stored on your browser as they are essential for the working of basic functionalities of the website. We also use third-party cookies that help us analyze and understand how you use this website. These cookies will be stored in your browser only with your consent. You also have the option to opt-out of these cookies. But opting out of some of these cookies may affect your browsing experience.
Necessary Always Enabled

Any cookies that may not be particularly necessary for the website to function and is used specifically to collect user personal data via analytics, ads, other embedded contents are termed as non-necessary cookies. It is mandatory to procure user consent prior to running these cookies on your website.