Are You A Creative Or Strategic Thinker? Your Job Is Safe From AI – For Now

In a world marked by accelerating technological progression, it is no wonder there are split opinions about whether emerging technologies present an opportunity or a threat to society. Over the past decade alone, our lives – both professional and personal – have been deeply affected and, in a way, dominated by technological advances. Twenty years ago, who would have thought that a device that fits in your pocket could be as powerful as a supercomputer?

Most, if not all, forms of technology have in some way or shape simulated human capabilities, making tasks faster and easier to be carried out – and business to be done more profitably. Yet, while people may argue that technology has brought positive changes to our lives and to the economy, some rightly fear that technology that simulates our main point of differentiation from other species – our brain, our intelligence – will be the last nail in the unemployment coffin.

What is Artificial Intelligence?

For a long time, scientists had tried to mimic the functionality of the brain, and they hadn’t succeeded until the concept of Artificial Intelligence was conceived.

The brain controls every part of the body and learns from experiences over-a-time. Artificial Intelligence (AI) is a similar concept whereby a robot can learn within the environment for which it has been designed. What makes the robot interesting when it comes to business is that, while it embodies our strengths, it does away with our “weaknesses”. A bot doesn’t need to sleep, it never needs a break and it doesn’t get sick. And aside from initial costs and some overheads, it doesn’t need to be paid.

Artificial Intelligence – Is Anyone Safe?

With the emerging era of AI, as with any revolutionary tech throughout history, employment opportunities will without any doubt start to become thin. According to some, however, certain types of jobs will be safe from the current capabilities of AI. What we really need to look at is what makes us human – what cannot be so easily replicated? For now, it is thought that jobs that require creative and strategic thinking will be safe, as bots are currently designed to carry out logic-based, repetitive tasks.

The first jobs that will be replaced – and already are by means of Robotic Process Automation (RPA) – are those that involve a high volume of repetitive, “robotic”, tasks like inputting and crunching data. Through RPA, even many of the decision points that were previously assigned to human evaluation can now be automated by establishing logic-based rules for the software to follow. But the more “human” a task becomes, the more difficult it is to replicate the process to satisfactory outcomes. There have been attempts to use AI to compose music, but the results are hardly comparable to the works of Beethoven.

Protect Your Job By Being Creative

That said, as I write this blog from the comfort of my home – which technology so conveniently allows me to do – I am waiting for the locksmith to come by and fix my house door – a profession I personally don’t see being taken by a robot any time in the near future. Now, there’s some food for thought! 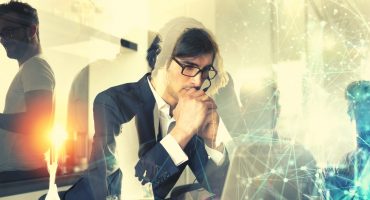 Build a strong remote workforce with the help of RPA 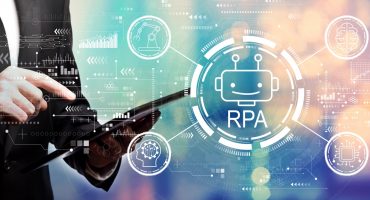 The Age of the Digital Worker Is Upon Us 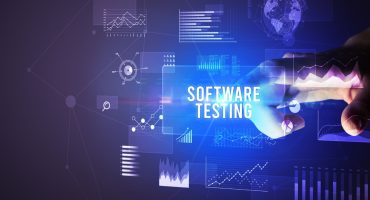 Please complete the below form and a member of the Velocity IT team will call you back.